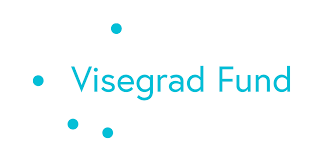 During the First World War 1914-1918 the Carpathian mountains became the scene of constant fighting. The representatives of nations that lived in Galicia fought in the armies of the Entente and the Triple Alliance. Thousands of Ukrainians, Poles, Czechs, Slovaks and Hungarians fought in armies of foreign countries and not rarely among themselves, defending foreign imperial interests. For a long time, fights took place on the territory of the Carpathian region. And today in the Ukrainian Carpathians one can find the remains of fortification buildings, trenches, trenches, weapons and pillboxes. There are the corpse remains of soldiers, and even military cemeteries, which are forgotten and need proper ordering in the mountains slum. Information and artifacts about the events of the Great War today have to be collected. There is also the opportunity to reconstruct the events of the last century, relying on local legends, which are transmitted from generation to generation, from parents to children. Based on these retellings one can find the places of greatest battles and burials in order to properly honor the fallen soldiers of the First World war. As for now, 100 years after the Great War it is quite difficult to find the unified information about military memorial places and soldiers’ burials in the region, there are no maps or accessible data base of these places for those who search the European history or the history of own family.

Project goal is to increase the awareness of common historical heritage of the Eastern Europe through immortalizing the memory of the fallen soldiers of the First World War (Great War), regardless of their nationality and belonging to the warring parties. Project objectives: – search and unification of data on the dead/buried soldiers and their burial places in the partner countries; – expanding the ability of contemporaries to learn about the fate of their ancestors; – creation of preconditions for preservation of the common historical memory, their turn from a marginalized to a revitalized memorial places of the First World War.